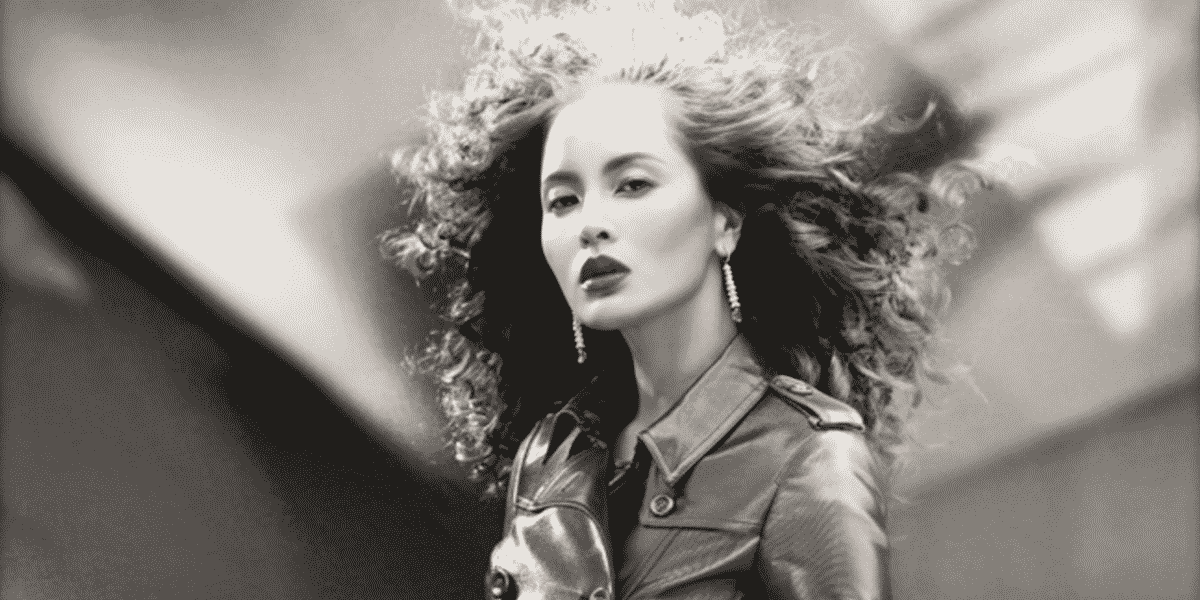 A woman who aims to inspired people to be themselves

Photo by Tongue In Chic

Often, we saw her on and off screen, either emceeing occasions and shows or even walking on the red carpet, one would think her life is brimming with fabulousness and glitz. However, this mother of three revealed how her private life looks through her daily vlogs on her YouTube Channel. As a child, her dream job was to be surrounded by books as a librarian. Today, she connects with the media industry and people’s heart with her inspirational and humorous personality.

She is always a Sabahan kampung girl at heart and a humble person, which the people around her have never experienced her having the celebrity air as she has a super big heart. To her, power is the ability to help others with responsibility. If there are any upcoming community projects, she will be the first one who would volunteer to make changes to improve other’s lives.

This hero is Daphne Iking, a 42-year-old Malaysian born in Sabah. She is a TV Personality , Emcee, Journalist, Content Creator, Vlogger, Media Trainer who is known for her professional attitude when it comes to work.

Since Daphne was young, she was seen as a comedian and a playful child in school. Despite she is a very cheerful person, she loves to read, write, travel and she is vicariously pulled into outdoor activities that tickle the challenging side of her. However, if there’s a word to describe her resume, it definitely could be “Colourful” as she is involved in many aspects of the working industry and gained a lot of experience from a young age.

Not to say Daphne was an “all-rounder” in school days, but Daphne was actively involved in a lot of clubs like pidato, performances, girl guides, rotarian and she was involved in sports activities too! On the other side, Daphne’s sister was an “all-rounder” during the school days, she is top in school, good in sports, and represented the country. And this is the reason why Daphne will push herself to do well in studies as her sister was the role model for her and her first mentor. Also, this is where Daphne formed a healthy sibling rivalry, and this kept her to become who she is today.

“Always stay true to yourself and listen to that gut instinct” is what Daphne has the greatest meaning to learn in her life.

At a young age, Daphne was playful and lacked a focused child. Although she was playful as a child, Daphne looked back on her life journey during the younger age, she wished that she could push herself harder and explore her potential in every aspect, especially not afraid when it comes to the comparison with her sister who excelled in everything.

In the past, Daphne initially wanted to study the medical field but she changed her degree choice to Broadcasting which she need to be thanks to her mother’s hunch. Upon completing her degree in Broadcasting, she further her Master’s degree in Screen Studies while working as a Marketing & PR executive at Skywalker TV Facility House.

Daphne has also embarked in producing and acting. She enjoys being on stage since a young age and until now, she is still bringing the energy and being on the stage or even on her YouTube channel, to make an impact on society.

Moreover, if it wasn’t that youthful period, she wouldn’t have learned what was good for her. Although she does not hold any moral compass, she will depend on her husband – Azmi Abdul Rahman for moral support. Azmi once said “it’s my duty as a husband to guide. Protect and take good care of her to avoid false accusations.”

The major turning point in her adulthood was she decided to set boundaries to toxic relationships and situations when her father died. To her, family is the priority people in her heart, she cherishes the moment when she is being together with her family; even the saddest memory involved her family which she found her father lost his battle to cancer. When her father passed away, she approached that change with a positive front and was a part of it, ensuring the family she had now was well-loved.

Unknown to many, Daphne has a very high threshold to emotions, feelings and mental. However, she relies on her mother and best friend for practical advice while for emotional support she will depend on her mother and sister. Behind the image of a celebrity, Daphne is a woman who can leave her emotions aside when she needs to make a decision or do her work.

“Do not let others to dictate your life”

Despite all the up and downs, the happiest memory Daphne could recall did involve her family too! When she was offered a scholarship to study abroad but due to the financial resources to pay for the air ticket, she rejected her father to sell the buffalo as she knew it would help to plough the fields. So, she decides to study locally and bring her mom to California. As they landed, her mother looked at the US flag and said to her quietly, “sampai juga saya disini akhirnya!” The journey until Daphne was able to pick herself up when she was broke, depressed and down was one of her biggest accomplishments in life.

Although Daphne is an independent and famous celebrity, yet she is still humble to the public and she will express her love and concern through words and actions to those who indeed. Especially when it comes to her role as a mother of three and a working mom, she will sort her schedules and take turns with her husband to look after the kids, talk with them.

If you wonder what Daphne wants the most? The answer definitely would be able to travel the world with her family as she has a goal to have #Ikingazmittravels every year. The motivation of this goal comes from the concept of she needs to stay safe and healthy so her children would not be left without a mom since her children were at a young age.

Daphne is an empathic person who believes everything that happens will have its own reason. So on rainy days, if she is free, she will be cleaning, either baking or reading. Her biggest strength is forgiving people who made mistakes, but it also becomes a flaw as she is stubborn in some scenarios.

“Come with a strategic plan,” which Daphne mentions about her ambition in adulthood. She believes that works will be running smoothly if it follows a plan of action.

As Daphne shares her stories, she hopes her words or story can inspire those who relate to her to cherish the moment and not live in other’s perception or words, just be you. And she hopes that people can enjoy your lives and remember to live with your own not other story as you are the one who is the author of your book.

Daphne Iking is a hero that really concerns and cares about the community and will lend her hand to those who need help. This is the main difference for me to think that she is different from other celebrities. As she will put her family and the community as priorities rather than the fame.

Her Rise Story #MyWellness UnConference is jointly organized by Ministry Of Marketing.Asia, Association of Malaysian Spas (AMSPA) and Tourism Malaysia in conjunction with the World Wellness Weekend 2020. Her Rise Story Is A Social Impact Brand Under Ministry Of Marketing.Asia, And We Help Businesses Activate Social Impact Initiatives As Profitable & Sustainable Marketing Tool.

Sign Up For Our Newsletter
In this article:empowerment, malaysia, ministry of marketing asia, women
Up Next: 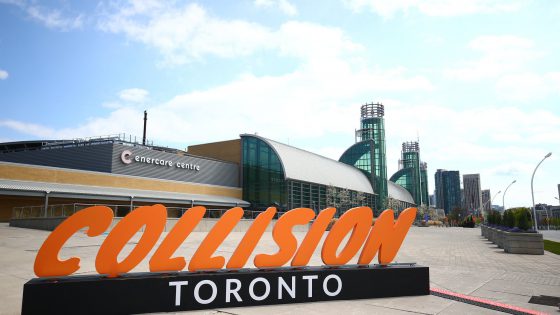 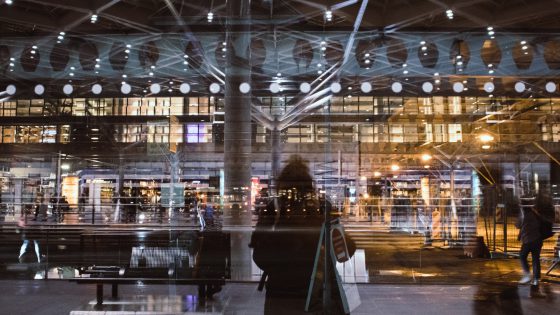 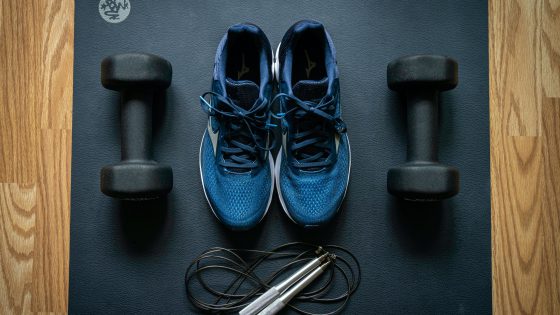 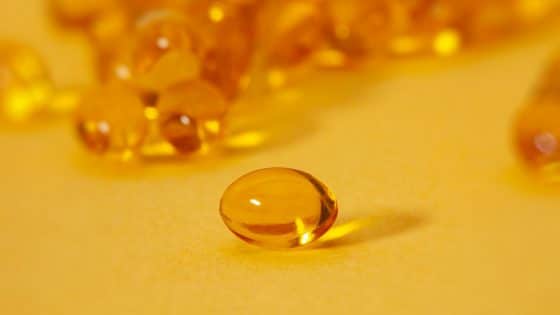 Pharmaceutical Multinationals Miss Out On Online Communication Opportunities, Especially At A Country Level