5 Influencer Marketing Trends To Know In 2020 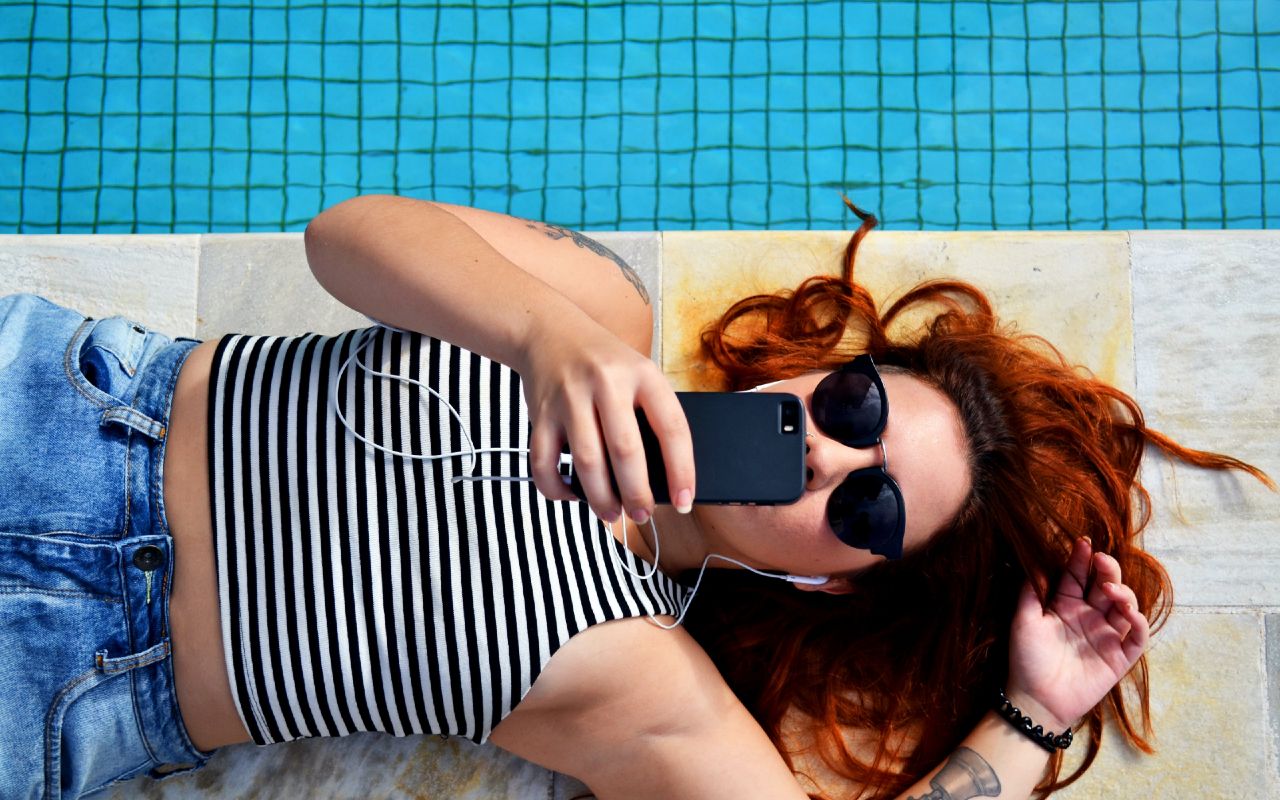 5 Influencer Marketing Trends To Know In 2020

Photo by Bruno Gomiero on Unsplash

The social media marketing game is huge and has grown to the level where brands engage social media influencers to help their brands gain awareness and attract new customers. Influencers’ have reach and yields that are not to be underestimated.

With social media playing a pivotal role in many people’s lives, it is no surprise that influencer marketing – a once supplementary marketing strategy, has grown to become a primary strategy employed by the biggest companies in the world.

What is Influencer Marketing?

You’ve probably heard of the term “influencers” on social media before. Influencer marketing is a collaboration between a brand and one of these influencers to market the brand’s product or service. The purpose of course is to tap on the influencers’ popularity to gain brand recognition and win customers from the influencers fanbase.

The question that you’ll probably then ask is “What difference is influencer marketing compared to using a celebrity?”. Influencers are different from celebrities in the sense that they can be anyone found anywhere. They don’t have to be popular movie stars or A-list personalities. It could be a reputable journalist, a respected designer in the fashion industry or anyone in any industry really.

What makes them an influencer is the following and reputation that they have because this is what gives them influence. They are known people or experts in their own domain and hence, this makes the content that they share the most engaging and noteworthy. Thus, businesses in their domains will look to reach out to use their influence on the particular demographic that they are targeting.

Influencer marketing has grown into a $15 billion industry. Despite the problems faced by this industry, such as influencers with fake followers, it is still an industry that continues to grow rapidly. This can be attributed to consumer trends and behaviour such as, 74% of consumers trusting social networks when making a purchase decision. Influencer marketing also has shown significantly high returns on investment for businesses with the average influencer marketing campaign earning $6.50 for every dollar spent.

This brings about the struggle of what is the appropriate kind of influencer to pick. Influencers can be categorised into three different categories: nano, micro, and macro-influencers. Nano and micro refer to the influencers with smaller reach – in the range of 1,000 to 100,000 followers.

Now, your first reaction is probably that nano and micro-influencers probably won’t get you enough traffic and awareness that your business is looking for as they could only get you 100,000 followers, at best. But, do bear in mind that costs for engaging in influencers are not cheap. Engaging influencers usually cost in the range of $10 – $25 per thousand followers for a post. Below is an influencer engagement pricing chart done by Influence.co. You can see that the rates scale exponentially when it goes into the macro/mega-influencer range.

If your business operates in a niche field that the micro-influencer is actively involved in or has a follower base that may have interest in, it may be more cost-effective for you to use these smaller influencers. This is because consumers these days desire engagement with the brand and it has been proven that engagement rates are higher with micro-influencers who have an engagement rate of 3.6% compared to macro-influencers’ 1.5%. Higher and more genuine engagement is also more likely to help translate the extra reach you’re getting into sales.

Tik Tok, a short-form video social platform has seen a sudden growth over the past year, amassing 2 billion total app downloads. Its young user base – 66% of them under 30 years old, has allowed it to be a platform that is suitable for businesses targeting the younger age demographics. Major brands like RedBull have also engaged in smaller Tik Tok influencers. RedBull hired KeeOh, a Tik Tok content creator with 5,000 followers to create a funny short video involving their product, using humor to make the followers interested in its product. It is a perfect example of using smaller-scale influencers to gain cost-effective yields on TikTok by utilising memorable content.

Twitch, which is a video game streaming site, home to the best gamers and internet personalities, is also utilised by non-gaming related brands to advertise their products. For example, KFC has used one popular Twitch PUBG streamer’s (Dr. Lupo) channel to advertise their marketing campaign. This helps their brand be noticed by the viewers and create demand amongst them.

Twitch’s platform, while primarily gaming related, also has streaming categories such as “Just Chatting” and “IRL”, allowing these streaming personalities to just stream live feeds of themselves hanging out and talking to viewers instead of playing games. The interactivity for influencers on these platforms with their audience is high because of the live chat in each streamer’s channel, which allows advertisers to also engage almost directly with the influencers’ audience.

These alternative platforms are definitely worth checking out as they may help businesses to be more specific in targeting and could prove to be more cost-effective in terms of gaining engagement and brand awareness.

Brands will start forming partnerships with influencers and engage them in the long run. This is useful as it creates more touchpoints for the brand with the influencers’ followers, allowing for more content to be produced. The result is a more cohesive campaign with a better brand recall among the influencer’s followers.

One trend that will be useful to marketers in 2020 is to go beyond the series of influencers endorsed posts and have the influencers be involved in the products. Brands like GymShark were first to hop onto this strategy early on in their business. GymShark started off its marketing by sending out free samples of their workout clothing to influencers and eventually ended up collaborating with some of these influencers to create the influencers’ own line of products. The partnerships and collaboration with these influencers will help businesses to build a greater sense of trust and commitment toward the brand with their followers, resulting in long term benefits.

Using a Storytelling Approach. Generally in sales advertisements, companies tend to come up with catchy, memorable and short captions in order to ensure that its target audience is kept interested and that their attention is captured. In influencer marketing, however, it has become a trend for companies to do the opposite of the traditional advertising methods.

The use of an influencer would mean that businesses want to create a message that will resonate well with their followers. As such, the best way is to craft a story that details the influencer’s personal experience with their use of your products or services.

Instagram’s caption limit of 2,200 words has allowed influencers to write in detail their story and experience with using the endorsed product or service. Functions like Instagram Stories can also be utilised to craft a cohesive story regarding your brand.

Utilising Video Content. Video content in marketing is definitely hot with online marketers now with 87% of them using it. This is probably due to how video content gains on average 135% more organic reach as compared to other forms of content.

This explains why it is essential to incorporate video content marketing into your influencer marketing campaign. Influencers are able to help you create an array of different video content, from product reviews to short-form stories, unboxing videos and even live streams

Sign Up For Our Newsletter
In this article:influencer marketing
Up Next: 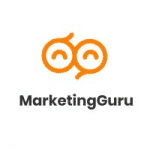 Kenneth is a content creator by day, aspiring michelin-star dish creator by night. One of the gurus behind the Thailand based Digital Marketing Agency, MarketingGuru, you can follow him on Facebook. 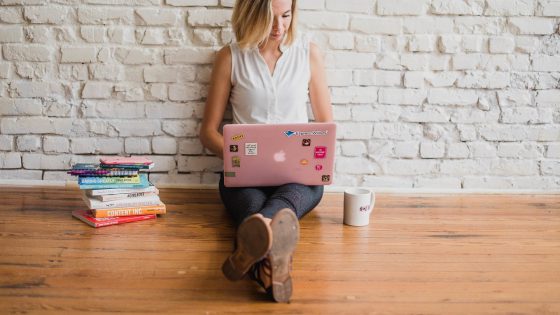 Your Influencer Was Involved In A Scandal – Now What?

3 Ways Technology Will Shape The Future Of Influencer Marketing