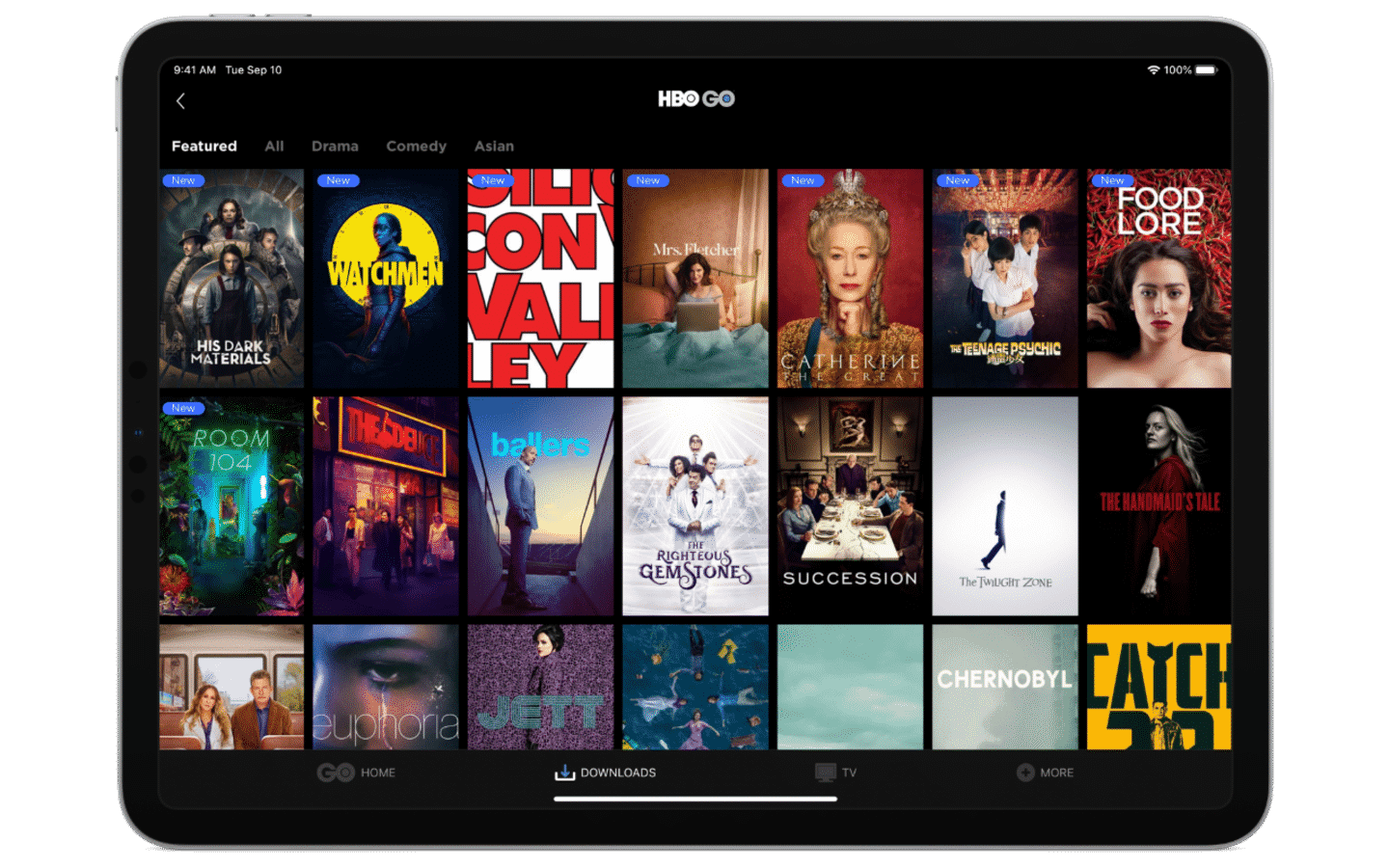 WarnerMedia’s streaming service, HBO GO, is now available in the Philippines as a standalone over-the-top (OTT) service without any pre-existing TV subscription. The service is accessible on HBOGOAsia.com and mobile devices through the HBO GO app that can be downloaded from the App Store or Play Store for PHP149 a month with a 7-day free trial.

“The launch of HBO GO as a standalone OTT service in the Philippines is a natural evolution for the platform in Asia. Through HBO GO, we are excited to be able to provide our subscribers in the Philippines exclusive and easy access to enjoy our vast library of HBO Original programmes from the U.S. and Asia, Hollywood blockbusters, documentaries, stand-up comedies and animated shows,” said Clement Schwebig, Managing Director of WarnerMedia Entertainment Networks, Southeast Asia, Pacific and China, which operates HBO in Asia. “By downloading their favourite programmes, viewers can watch movies and series anytime, anywhere, without an internet connection.”

With the live TV function, stream all six of HBO Asia’s suite of TV channels – HBO, HBO SIGNATURE, HBO HITS, HBO FAMILY, CINEMAX and RED BY HBO, live via HBO GO simultaneously on your internet-connected devices. Each HBO GO account can be viewed on two concurrent streams across five registered devices and the service has Airplay and Chromecast functionality.

Other features available on HBO GO include:

Subscribers will be able to watch the debut episodes of highly-anticipated HBO Original series like Watchmen, Catherine The Great, His Dark Materials and the last season of Silicon Valley. Missed Erik Matti’s episode of the HBO Asia Original anthology series Food Lore? Don’t fret. Catch it on the app anytime, anywhere along with Halfworlds, The Teenage Psychic and The World Between Us.

Download from HBO GO’s extensive and unedited library of movies, series and documentaries to watch without an internet connection, as well as CINEMAX Originals. Binge-watch complete seasons of award-winning and critically-acclaimed HBO Original series like Game of Thrones, Big Little Lies and Sex and the City in their original version and get access to exclusive series like The Handmaid’s Tale and The Deuce, which are only available on HBO GO.

In Asia, HBO GO is also available in Hong Kong, Indonesia, Malaysia, Singapore and Vietnam and will be launching in more Asian territories soon.

Designs.ai: The Future Of Design