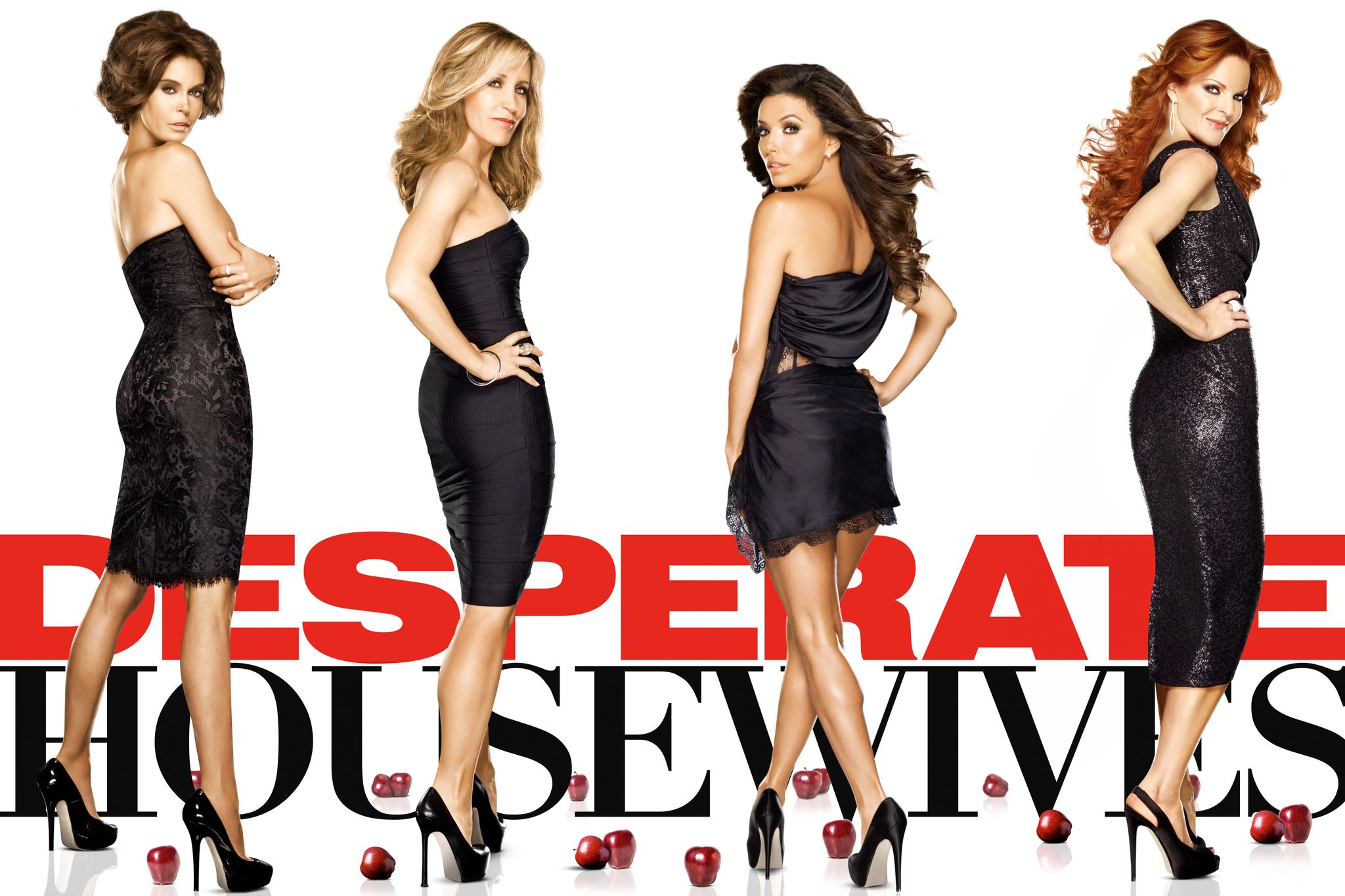 There are more than 500 films and 15,000 episodes of content available

Doubling the amount of content available to watch on Disney+, Star will
bring more laughs, more drama and more thrills through a collection of
renowned general entertainment series, movies documentaries content for
families, older teens, and adults. It will become home to thousands of hours
of television and movies from Disney Television Studios (20th Television and ABC Signature), FX Productions and 20th Century Studios.

Together with entertainment hits such as Deadpool 1 & 2, Emmy Awards
Winning series How I Met Your Mother and The X-Files, Star will also introduce the first Star Original – Big Sky from visionary storyteller David E. Kelley.

Offering an impressive selection of over 500 films and 15,000 episodes of
content, Disney+ will also be the exclusive streaming home service for films released by The Walt Disney Studios in 2020 and beyond. These include
Disney’s Frozen 2 and the live action adaptation of Mulan (2020), Disney and Pixar’s latest release Soul and Toy Story 4, Star Wars: The Rise of SkyWalker, Marvel Studios’ – Avengers: Endgame, National Geographic series Gordon Ramsay: Uncharted Season 2 and Hostile Planet, as well as Disney+ Originals The Mandalorian and WandaVision.

Disney+ will launch in the Singapore on 23 February, 2021 for S$11.98 per
month S$119.98 per year. The service will be available on a wide range of
mobile and connected devices, including gaming consoles, streaming media
players, and smart TVs. Visit DisneyPlus.com to register your email and
stay informed.

Big Sky
From visionary storyteller David E. Kelley (Big Little Lies) comes Big Sky, an
intense thriller that follows private detectives Cassie Dewell and Cody Hoyt
as they join forces with his estranged wife and ex-cop, Jenny Hoyt, to search
for two sisters who have been kidnapped by a truck driver on a remote
highway in Montana. But when they discover that these are not the only girls who have disappeared in the area, they must race against the clock to find the women before it’s too late.

Series and Films available via Star on Disney+

Deadpool
Based upon Marvel Comics’ most unconventional anti-hero, Deadpool
tells the origin story of former Special Forces operative turned mercenary
Wade Wilson, who after being subjected to a rogue experiment that leaves
him with accelerated healing powers adopts the alter ego Deadpool. Armed
with his new abilities and a dark, twisted sense of humor, Deadpool hunts
down the man who nearly destroyed his life.

24
Kiefer Sutherland stars in this precedent-setting television series where the
entire season takes place in one day, with each of the 24 episodes covering
one hour, told in real time. The series have received 20 Emmy wins and
68 Emmy nominations.

Lost
Mysteries abound as the 48 survivors of Oceanic Air Flight 815 find
themselves stranded on an unidentified island with little hope of rescue.

Desperate Housewives
Looking down on her friends and family is a way of death for Mary Alice after she took her own life in her perfect house. Now, from beyond the grave, she takes us into the lives of her friends and neighbours: Susan is a divorcee and single mom who will go to any length for love; Lynette is an ex-career woman who traded the boardroom for boredom and mania as the mother of four unmanageable kids; Bree Van De Kamp is like Martha Stewart on steroids, with a family on the verge of mutiny; Gabrielle Solis is an ex-model with a rich husband and a big house, so what is she doing with the 17-year-old gardener? And serial divorcee Edie Britt’s conquests have everyone buzzing. Mary Alice sees more now than she ever did alive and she’s planning to share the secrets that hide behind every door in this seemingly perfect American suburb.

How I Met Your Mother
How I Met Your Mother is an Emmy Awards Winning comedy series about
Ted (Josh Radnor) and how he fell in love. It all started when Ted’s best
friend, Marshall (Jason Segel), dropped the bombshell that he was going to
propose to his long-time girlfriend, and now wife, Lily (Alyson Hannigan), a
kindergarten teacher. At that moment, Ted realized that he had better get a
move on if he too hopes to find true love. Helping him in his quest is Barney
(Neil Patrick Harris), a friend with endless, sometimes outrageous opinions,
a penchant for suits and a foolproof way to meet women. When Ted met
Robin (Cobie Smulders), it was love at first sight, but when things didn’t work out, Ted realized destiny must have something else in store. The series is narrated through flashbacks from the future.

Prison Break
Michael Scofield (Wentworth Miller) is a desperate man in a desperate
situation. His brother, Lincoln Burrows (Dominic Purcell), is on death row and scheduled to die in a few months for an assassination Michael is convinced Lincoln did not commit. With no other options and time winding down, Michael holds up a bank to get himself incarcerated alongside his
brother in Fox River State Penitentiary. Prison Break combines the hope of
The Shawshank Redemption, the camaraderie of The Longest Yard and the
tense procedure and spectacle of The Great Escape. This intriguing Emmy
Award Nominated series reveals additional pieces of the puzzle each episode as Michael carries out his daring plan to mastermind the ultimate prison break – and solve the far-reaching national-scale conspiracy that landed his brother there in the first place.

The X-Files
Unconventional FBI agent, Fox Mulder (David Duchovny), takes it upon
himself to investigate a group of unsolved cases, known as the “X-Files,”
that he believes involve paranormal phenomena. To keep tabs on his
work–and in the hopes of debunking his theories–the FBI teams him up with Dana Scully (Gillian Anderson), a young, skeptical agent who has a degree in medicine and a strong bias toward the scientific. As the pair works to solve these unexplained cases, Mulder’s strong belief in the forces of the unknown continues to challenge Scully’s rational mind. Their relationship grows more complex with each case, slowly emerging as a heady mix of professional competitiveness, witty repartee, and a mutual attraction that is heightened by the intensity of their tasks and the close proximity in which they work. The series have won 15 Emmy Awards and 61 Emmy Awards Nominations.

Atlanta
Emmy Awards winning Atlanta revolves around Earnest “Earn” Marks
(Donald Glover), a loner who returns to his hometown of Atlanta, Georgia
(The Peach State) after dropping out of Princeton. Upon his arrival, he
discovers his cousin Alfred has become Atlanta’s hottest new rap act. The
show follows the cousins on their way up through the Atlanta rap scene,
where their opposing views on art, commerce, success, and race will make
their quest anything but easy. Earn is extremely smart, observant, and lost.
As a disillusioned millennial, he struggles to find his calling or “brand” and
feels that the game of life is fixed so that he can never win. He recognises
that Alfred’s overnight YouTube popularity has the potential to become a life changing opportunity for them both – if he can reign in his cousin’s “act first, think later” attitude and get used to his drug-addled, possibly psychic (but definitely odd) sidekick Darius. As Alfred’s manager, Earn may finally find something to which it’s worth committing his energies.

blackish
Like any parents, Andre “Dre” (Anthony Anderson) and Rainbow (Tracee Ellis Ross) Johnson want to give their children the best. But their offspring’s
childhood is turning out to be much different than theirs. They now realize at least two things: There is a price to pay for giving their children more than what they ever had, and these loving parents are totally unprepared for the fallout. “Pops” (Laurence Fishburne), Dre’s dad, takes every opportunity to offer his old school opinion on family issues.

Die Hard movie franchise
A selection of titles from the Die Hard franchise will be available at launch.

Sign Up For Our Newsletter
In this article:disney+, featured, news
Up Next: