Converse Partners With Amplify To Clean Air In Sydney With ‘City Forests’ Campaign. 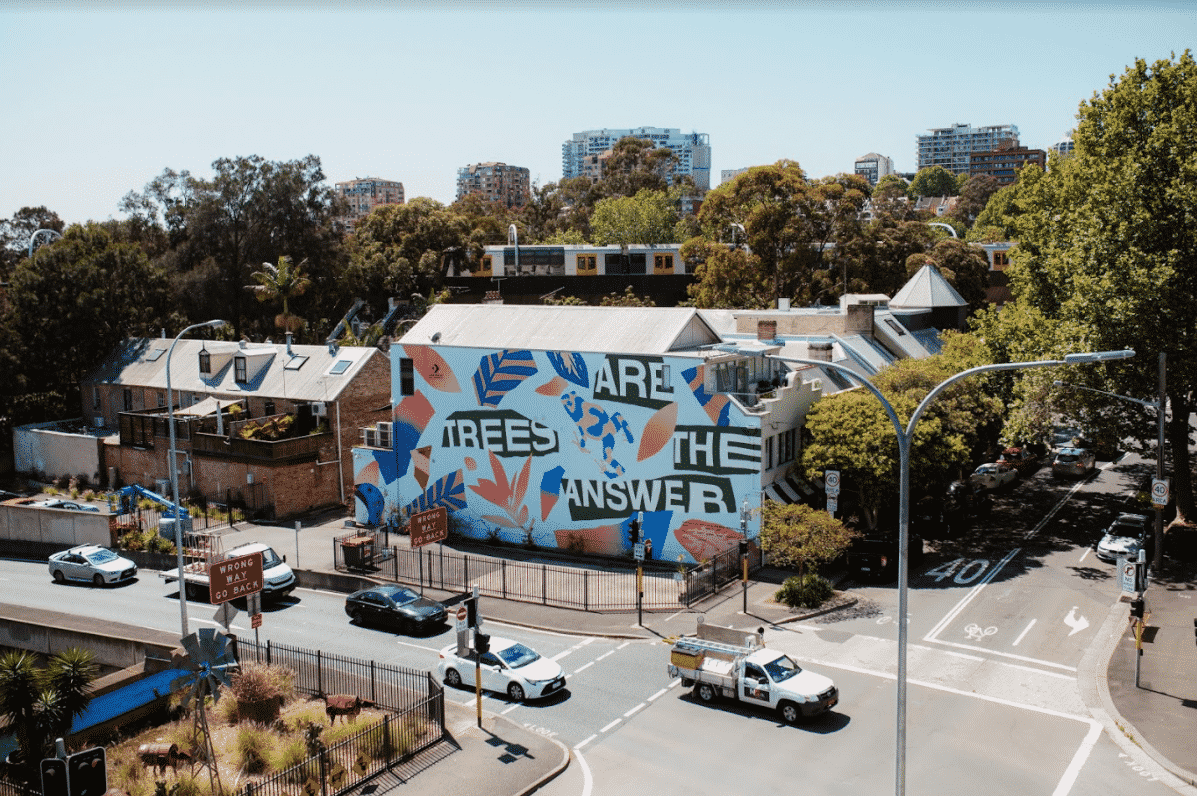 Converse Partners With Amplify To Clean Air In Sydney With ‘City Forests’ Campaign.

Converse is actively looking to keep the momentum going, with a second mural planned to go up in Melbourne later in the year

Converse has teamed up with artist Elliott Routledge, Rainforest Rescue and brand experience agency Amplify to deliver its latest global public art campaign, ‘Converse City Forests’ in Australia. Creating a series of murals using air-purifying, photocatalytic paint which uses light energy to neutralise pollution, the public art will act in the same way as trees do, cleaning the air in urban locations where rainforests can’t grow.

Members of the global Converse All Stars community of creatives have partnered with Converse to paint murals in cities including Bangkok, São Paulo and Warsaw.  The public art campaign, which launched globally in August 2020, has been dubbed “Converse City Forests” and is a celebration of creating together for social progress.

The Sydney mural, designed by contemporary artist Elliott Routledge is located on high-traffic Cathedral St in Woolloomooloo, and absorbs enough air pollutants to plant the equivalent of 183 trees in inner city Sydney.  The design for the Converse City Forest mural was created in collaboration with Rainforest Rescue and draws inspiration from the fauna and flora of the Daintree, promoting the message that ‘Trees are the Answer’.

As cities reopen and recover, the hope is that these murals can be a bright spot and offer an additional dimension to public art: provoking dialogue on the role art plays in our daily lives and on the streets, and reflecting a more sustainable and equitable future through the messages from local young creatives.

Gareth Davies, founding partner of Amplify in Australia said “This is our first project with Converse in Australia and we’re really proud of the public art that has been created, the partnership with Elliott Routledge and the message of sustainability that this campaign and Converse underlines.  The air purifying paint offers a new dimension to public art in Australia and hopefully something thought-provoking to Sydneysiders.”

Converse is actively looking to keep the momentum going, with a second mural planned to go up in Melbourne later in the year. To learn more about Converse City Forests visit converse.com.au/city-forest-Sydney and  conversecityforests.com.

As part of the campaign, a series of patches also designed by Elliott Routledge will be available for purchase online and at select Converse stores, with all proceeds being donated to Rainforest Rescue.  Patch sets will be available to purchase for $20.00 from the 13th October from Converse website.

Sign Up For Our Newsletter
In this article:australia, featured, news
Up Next:

Amplify are a brand experience agency focused on joining the dots between people, brands and culture. Winner of Campaign’s Experiential agency of the decade and Creativebrief’s top ranked agency for three consecutive years. Amplify Australia create integrated campaigns and experiences designed to connect meaningfully with audiences. They help Cartier, THE ICONIC, Google, YouTube and many more of the world’s most prestigious brands to turn consumers into fans.