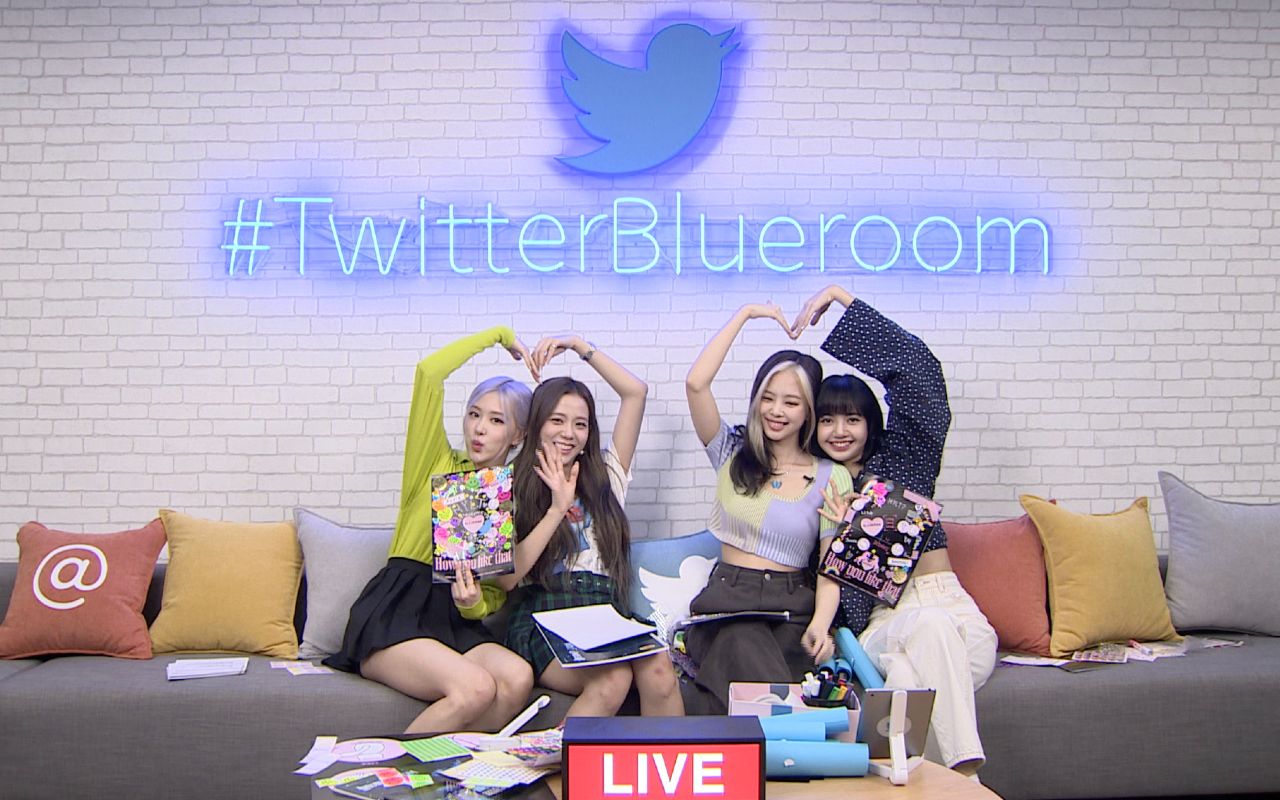 They set a new record for views!

#TwitterBlueroom Live Q&A session allowed fans and BLACKPINK members to communicate. The day of the session, BLACKPINK sent out a Voice Tweet, “See You Soon @BLACKPINK” to amplify fans’ expectations. During the #TwitterBlueroom live session, BLACKPINK members talked about their new songs and behind-the-scenes details of music videos, as well as answering questions by fans on Twitter. BLACKPINK also drew fans’ attention to the introduction of special emojis to celebrate BLACKPINK’s comeback and explained how to activate them. These emojis, created with pictures drawn by BLACKPINK, are automatically activated when fans use the hashtags for Korean or English names of each member of BLACKPINK : #JENNIE, #제니, #JISOO, #지수, #LISA, #리사, #ROSÉ #로제.

As part of the #TwitterBlueroom Live session, BLACKPINK made album covers to give as gifts to Blinks, BLACKPINK fans. BLACKPINK members decorated album covers by adding their own personality using various stickers. These albums will be awarded by drawing, to fans who posted questions through Twitter.

A complete recording of the #TwitterBlueroom Live Q&A with BLACKPINK can be seen on the BLACKPINK Twitter account, including BLACKPINK’s Q&A session wherein the group members answered fan questions.

Kim YeonJeong, Head of Twitter Global Kpop & K-Contents Partnership said, “Kpop fans from around the world can participate in real-time conversations related to Kpop through customized content provided by Twitter. We will continue to support global Kpop artists such as BLACKPINK to enable fans to be part of what’s happening in the Kpop scene real-time in various ways and with different content, such as the #TwitterBlueroom Live session.”

BLACKPINK generated a total of 18.2 million Tweets for 6 days from 26 June to 1 July, after announcing things such as a new song #HowYouLikeThat, a comeback, opening an official Twitter account, launching emojis, and live streaming of #TwitterBlueroom. They proved that they are the most popular Kpop girl group. (End)