Ticket2u Invites Investors To Be Part Of Its Expansion Plans 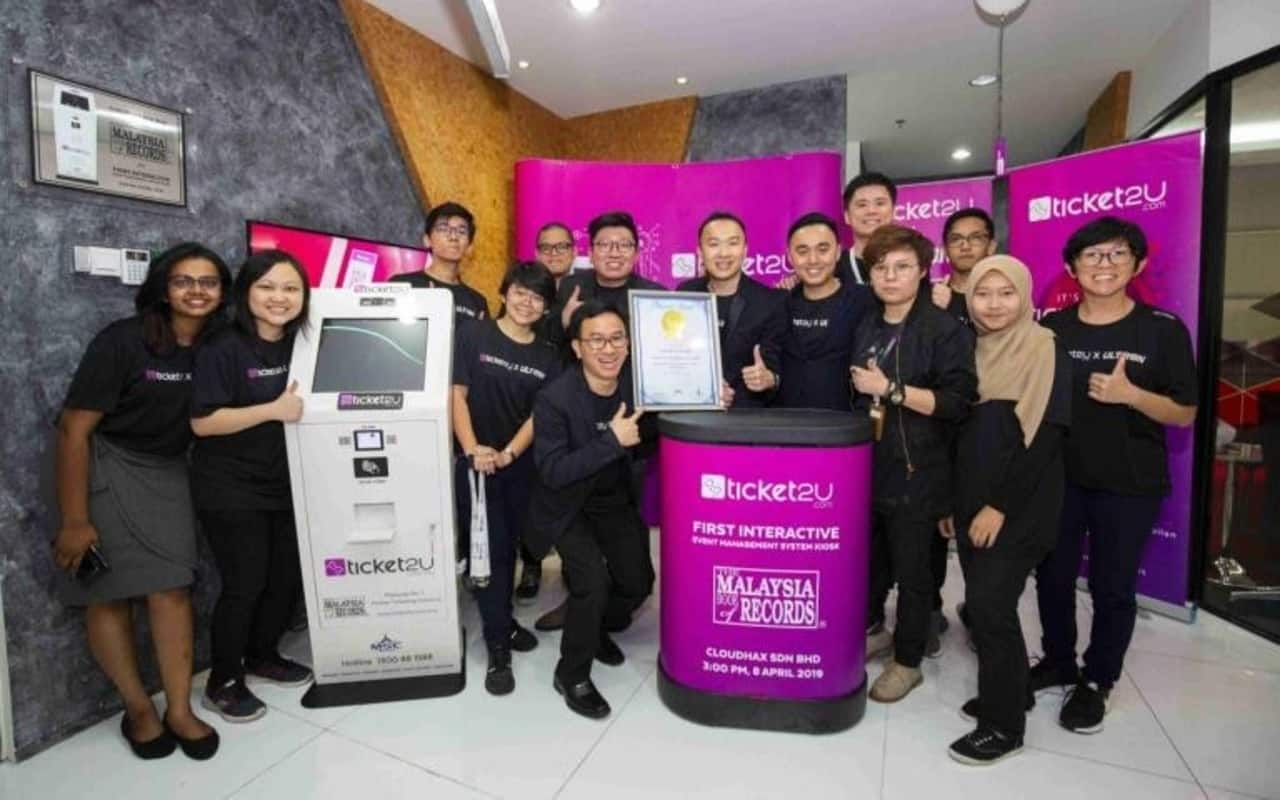 Ticket2u Invites Investors To Be Part Of Its Expansion Plans

Ticket2u, Malaysia’s leading online ticketing platform, is opening its gates to investors to be part of its business expansion plans. The expansion includes not only in Malaysia but also to other countries in Southeast Asia. The founder of Ticket2u, YC Chia, says that the company needs to raise an estimated RM12 million to RM20 million in funds to accelerate its expansion plans. This is Ticket2u’s very first invitation to keen investors.

“We are looking for strategic partners that are aligned with our ecosystem and believe in our plans,” says Chia. “Through partnerships and investments, we believe we can leverage each other’s strengths to springboard a new level of win-win in business especially in the aspects of marketing, branding and business expansion knowledge.

Chia also adds that this is the perfect opportunity for investors to invest in a fast-growing tech company that has already etched its name in the Event Ticketing industry. Ticket2u has been growing rapidly since its launch in 2016 and has been managing the ticketing of many major events in Malaysia within a span of two years. “This is a feat in which many companies in this industry could not achieve, even after being 10 years in the market,” says Chia.

According to Chia, investors will be able to start seeing their return on investment as early as two years. “We will be focusing on profit-generating in Online Ticketing and Onsite Registration, and we aimed to push our revenue to RM100 million in 2022. We are also working on pushing up to a profitable company next year (2020),” Chia shares.

One of Chia’s plans is to replicate this business model in the international market particularly Singapore, Indonesia and Vietnam. “If we are able to successfully replicate this in these countries, the profits are estimated to be doubled, or even tripled, as the population in both countries are much larger than Malaysia.”

While Ticket2u is fast taking over the event ticketing area, the next phase is to offer concert ticketing services especially for the major players in the market. On top of that, it also wants to penetrate into offering Onsite Registration services for exhibitions where it can manage registrations, check-ins and even print event badges with its event management system. While the team at Ticket2u is focusing on growing its current platform, they also have other plans in mind.

One of the plans in the pipeline is the launch of its Bus Ticketing service in the third quarter of 2020. Its service includes 500 bus operators in five countries namely Malaysia, Singapore, Thailand, Vietnam and Indonesia. While there are other players in the market that offer similar services, Chia believes that what Ticket2u has to offer will be unique and attractive to the public.

Another launch in the pipeline in the same quarter of 2020 will be the launch of its Business Matching App. This app, according to Chia, is highly needed in Malaysia’s conferences, corporate summits, government meetings as it will serve as a platform for exhibitors and delegates to connect and form business relationships during the event.

The growth plan does not end there. Ticket2u is also scheduling in its integrated services of Car Park Ticketing which includes License Plate Recognition, Movie Ticketing, Flight Ticketing, e-Payment system and many more. The schedule of these plans will be announced at a much later date.

These growth plans will enable Ticket2u to capture a bigger market share which in effect boosts sales figures and its big data. “This will assure our investors that they will enjoy a profitable returns in years to come,” says Chia.

Set Apart from the Rest

Ticket2u may look like an ordinary company on the surface. Within its structure, however, are implemented strategies that set them apart from the rest of the market players. These strategies helped Chia and his team scale Ticket2u from 100% to 700% in revenue within a short time frame of two years.

“This was achieved with zero cost in marketing. This, I believe, will give assurance to investors that we do not believe in having unnecessary expenditure to scale the business. With our proven business model, we can generate healthy profits sans high costs,” says Chia. He also adds that the company’s headcount remains at 15 even when the business is growing. “We want to ensure that our costs remain low while enhancing productivity and technology.”

Chia reveals that its platform sales lead is automated which requires less effort to market the product. He proclaimed that with this, there is no need to have a price war with its competitors.

In terms of its working culture, Ticket2u has cultivated a working culture whereby fellow team members are given the space to grow creatively and contribute to the company’s growth at the same time. “There is no hierarchy in Ticket2u, we all worked closely together. Our team is the company’s biggest asset,” says Chia.

Ticket2u also boasts of its treasure of Big Data where it can harvest powerful insights on customers’ behaviour especially in spending and the trends that may be. This will enable Ticket2u to collaborate with partners to build powerful marketing and advertising tools to help brands identify their captive audience and enhance sales conversion.

On top of that, with its team of experts, Ticket2u also developed its very own IoT (Internet of Things) technology that has already gained recognition within its market and earned its place in Malaysia’s Book of Records. Chia mentions that this technology is so useful that the potential to upscale to other countries is a major possibility. “With this, we are able to boost investors’ confidence further with high Returns of Investment within the promised time frame,” says Chia.

The prospect of propelling Ticket2u into the international market is strong. With enough funds raised, Chia and his team will increase their headcount of IT professionals, Operations and Sales to further spur the business. The increased headcount is also needed to accelerate its expansion plans overseas, especially to Singapore, Indonesia, Vietnam and Thailand.

Furthermore, the funds will be used to invest in the development of Ticket2u’s technology and back-end support especially with its plans to offer services beyond just online event ticketing. For example, its bus ticketing service is almost 90% complete but Chia will not launch the programme until he has enough support and funds to hire a group of professional customer service to provide a seamless experience for its customers.

“I have always believed in building a solid foundation before we launch anything, and that is what kept Ticket2u going on strong in its progress over the years,” says Chia.

With ambitious plans such as offering a whole building solution in car park ticketing services, Chia believed it will be a great leap in business for Ticket2u when this plan is launched. This plan includes the installation of artificial intelligence in its system to remotely identify license plates of cars that enter or exit the car park. This will give additional security and assurance to the public while keeping the system hassle-free for building owners.

This service is just one of the many future services that Ticket2u has to offer. With investors believing and investing in this company, the future of Ticket2u is bright.

Who is the Man Behind Ticket2u?

YC Chia is a well-known entrepreneur who exudes a strong sense of passion and responsibility for his business. Growing up in a low-income family in Lahad Datu, Sabah was not easy for Chia but that did not deter him from exploring the world that will change his future.

Chia developed an interest in programming from a young age of 11 years old. Without any opportunity in his hometown to further develop his interest, Chia began to learn on his own when he turned 12 with the help of Yahoo! And Netscape. Since then, he could not keep his hands off on programming.

He struggled to maintain CloudHax and eventually had to cut his headcount from 50 down to 6 staff. Though the times were tough, Chia refused to give up. With his last remaining paycheque of three months, he took a plunge of faith and integrated both the event listing and booking system into one. He renamed this system to Ticket2u.com.my.

The journey was tough in the beginning. Eventually, with passion and tenacity, Chia and his lean team of 6 made their first RM100, 000 within weeks. Chia used this to convince his business partner, who threatened to abandon the business, to stay.

Did You Know That The Coronavirus (COVID-19) Is Not New?