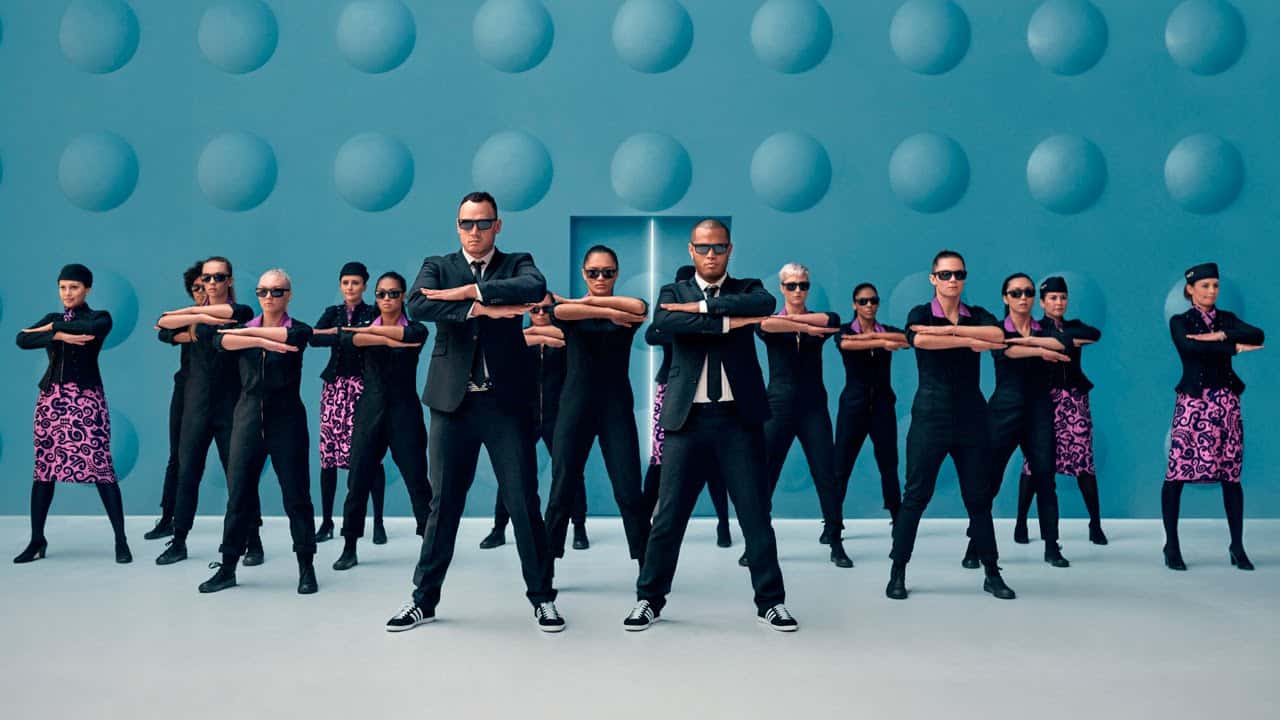 The release of Air All Blacks marks the ten-year anniversary of the airline’s unique take on safety videos, and in true Air New Zealand style.

Air New Zealand has today launched a new safety video Air All Blacks in support of the team during its 2019 season and as they prepare for Japan next month.

All Blacks Head Coach Steve Hansen along with Captain Kieran Read, Sam Cane, Anton Lienert-Brown and Ryan Crotty join a diverse cast in the safety video which takes viewers to the headquarters of “newly established airline” Air All Blacks where ideas for the airline’s first safety video are being discussed.

After insisting on being the next Air New Zealand spokesperson after travelling with the airline in 2017, Americanactor Rick Hoffman also features in the video, as well as leading Kiwi actor Cliff Curtis.

Hoffman says his positive experiences in New Zealand and Air New Zealand’s quirky humour were a huge drawcard for him to star in the video.

“I love New Zealand – the food is amazing and the people are amazing. It’s the way it should be everywhere! I will be thrilled to be recognised on an Air New Zealand safety video.”

Air New Zealand General Manager Global Brand & Content Marketing Jodi Williams says the latest video is a futuristic take on two iconic Kiwi brands coming together to show the world just how much rugby is in our DNA.

“Changing our name to Air All Blacks is a fun demonstration of our support for the boys in black. Our people feel a great sense of pride flying the team around the world and both organisations consistently show the world what a huge impact a small nation can make on the world stage.”

The release of Air All Blacks marks the ten-year anniversary of the airline’s unique take on safety videos, and in true Air New Zealand style, the latest video manages to poke some Kiwi fun along the way.

“It’s been incredible to celebrate both local and international stars, fans and our very own Air New Zealanders over the past ten years. It’s only fitting that this video brings to life something that is distinctly New Zealand – from the grassroots of Rippa Rugby to the nostalgia of the 1987 All Blacks, with a unique modern twist,” says Williams.

Adding to the iconic Kiwi line-up, Air All Blacks is backed by the exclusive, original soundtrack Universe, a brand-new track from New Zealand band SIX60. Listen to it on Spotify.

Air All Blacks will be rolled out across Air New Zealand’s international and domestic fleet from today.

Reaching The AI-Augmented Customers Of The Future

PRecious Communications Looks Forward To Another 7 To 70 Years